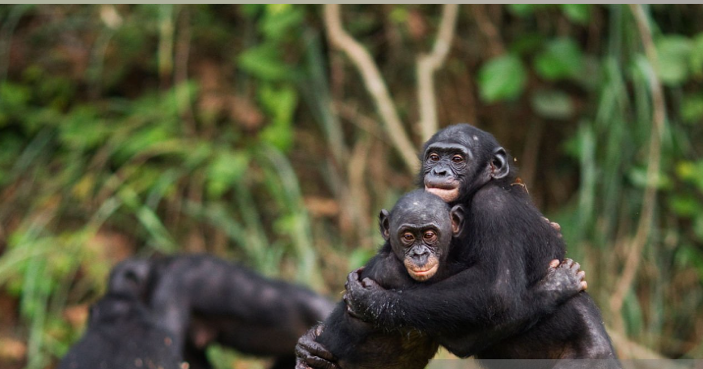 If I were to wish for anything I should not wish for wealth and power, but for the passionate sense of what can be, for the eye, which, ever young and ardent, sees the possible. Pleasure disappoints, possibility never. And what wine is so sparkling, what so fragrant, what so intoxicating as possibility?

I am currently basking in the after-effects of our recent Mindful Practice Facilitator Training, completed yesterday, as I write this, at the end of five days of an on-line experience that I can simply characterize with these few words- possibility and play. And I am thinking about the deepest experiences in terms of professional and personal meaning as I have encountered them, especially in clinical work, and I would have to say those same words- possibility and play.

In just a few days I will be accompanying Trish Lück to Goma in the Democratic Republic of Congo (DRC) to participate in a “Think Tank” supported by the Mind and Life Institute and organized by an NGO whose mission, for the four days we will work together, is to develop a plan to begin to mindfully address the high rates of suicide among the communities of the Eastern DRC. As we have planned and prepared, these same words- possibility and play – infuse my anticipation and I predict will permeate the experience.

The Chilean Primatologist and Ethologist (one who studies animal behavior) Dr. Isabel Behncke has been studying play behavior among Bonobos in the DRC for many years. Play, a somewhat cooperative behavior that can appear not to have a distinct purpose, is engaged in by not only Primates, but also Cetaceans, Canids, Corvids (Ravens, Crows) and perhaps even reptiles and ants (how do we know when they are playing?). Behncke suggests that beyond the role of play as developmental scaffolding, preparing the young organism for adulthood challenges, there are other equally important reasons for and effects of play.

Play involves risk and is expensive energetically (think metabolic and financial) in other words, play is quite costly. If it were simply scaffolding, it would end with adulthood as the structure built has reached maturity. Why then, do adults play? In the primate populations that Behncke has studied, she documents how these Bonobos make choices about energy and time budgets such that when the environment is energetically wealthy (for example, lots of fruit with high calorie content) they choose to play, rather than eat more and store the energy for later use. The context (of wealth, a large bank account of energy reserves) allows for them to adapt and make the choices to play rather than making other choices. Behncke describes this phenomenon in her Adaptive Joker Hypothesis.

Evidence shows that play behavior enhances brain maturation, social competency, impulse control, and stress reduction. It engenders positive emotion, stimulates endorphins and dopamine; increases dendritic arborization in the orbito-frontal cortices of the brain, and enhances social competency, among other effects. Yes, play is not always possible. It is costly and has risks, and resources in some contexts are limited. Yet, especially as human beings who live and work in relatively resource-wealthy environments, play can be seen as central to enhancing health and well-being and building community. Behncke points out that some choices like play can pay dividends by creating more “luxury,” such as investing in education and ultimately brain development, both very expensive energetically, and as we all know financially (which can be thought of as the energy currency of human beings). These investments enhance meaning, sense of purpose, and our social competencies to care for each other.

Perhaps we can reflect on how our work environments have the possibility of being places of play, enhancing well-being from the neurophysiologic level to the interpersonal, organizational, and cultural levels. It is a pro-social activity that educates in the true sense of the word, whose roots are educare and educere – to train or to mold and to lead out. Play is possibility in action, allowing every new moment to be ripe with potential and to grow, bloom and send its seeds outward. May all this remain in the domain of the sparkling, the fragrant, and the intoxicating possibilities for health professionals and the communities they serve.